Theater Review: A Talent for Talentlessness in ‘Stairway to Stardom’ 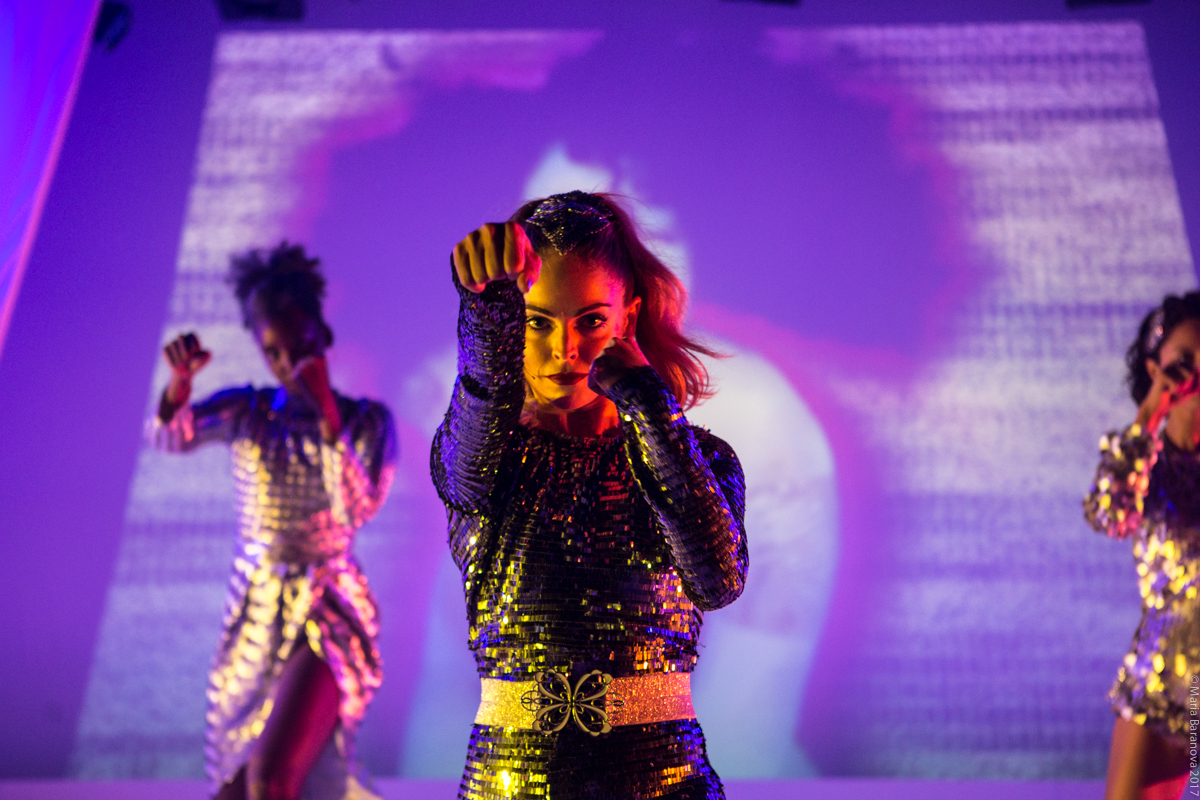 “Stairway to Stardom” is a big, flashing target: This 1980s public-access cult phenomenon featured a wide variety of people strutting their stuff with a blithe confidence unsupported by any evidence of traditional talent. There is a reason the music-comedy stylings of Horowitz and Spector or Michelle Sutlovich’s interpretive dance of the song “Fame” live on in the hall of kitsch fame. The “Stairway to Stardom” that just opened at Here is not a spoof. It does not even appear to tackle the talentless show head-on, despite borrowing the title and screening excerpts, cut up into processed fragments, with the sound replaced by live electronic music. This will strike fans of ironic laughs as a missed opportunity, but Amanda Szeglowski’s dance-theater piece is more interested in juxtaposing what fueled the televised parade of amateurs — a quintessentially American belief in yourself — with the new reality of a world in which skill, talent and career paths have lost their traditional meaning and become unmoored.The hourlong piece certainly looks striking. The original felt like it was broadcast from a claustrophobic suburban basement, but the new show boasts a positively gleaming white set by Aviva Novick. The company of five women (including Ms. Szeglowski) is clad in fantastic costumes by Oana Botez. There are fringy tinsel capes and sleek science-fiction outfits that glitter in 50 shades of silver. 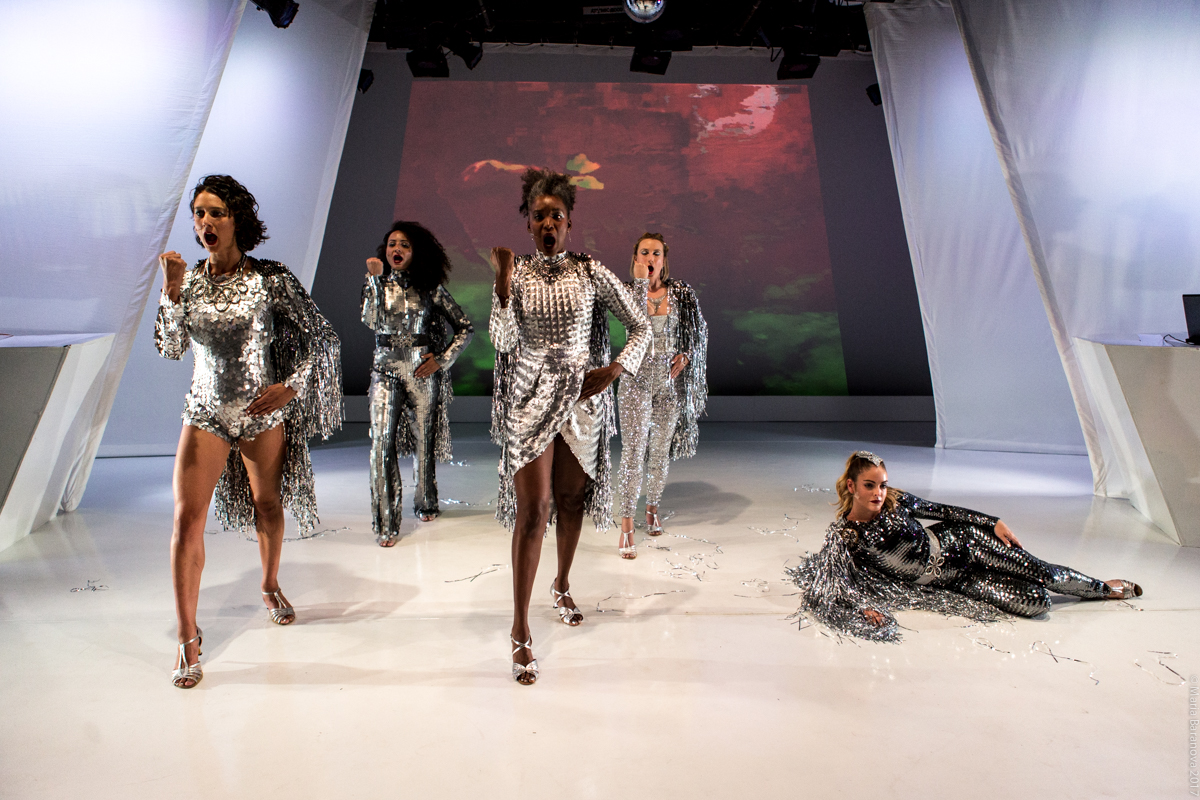 It’s like watching a squad of Barbarellas in clubland — a driving, pumping beat often emerges from the glitchy score by the duo Prism House, which also handled the video. Ms. Szeglowski’s script is a collage of musings and reminiscences by friends, family and acquaintances, as well as quotes from, say, the 1974 movie “Alice Doesn’t Live Here Anymore” or a Vogue interview with Jennifer Lawrence.

The text is often delivered, in a purposefully neutral tone, by two or more performers moving and speaking in unison. The dancers are prone to striking Amazonian power poses, especially when the lines are less than triumphant: “I’m very enthusiastic I guess. But that’s not a talent.” “Half my endorsements on LinkedIn are from my mother.”

The plotless evening tends to meander, especially since Ms. Szeglowski’s choreography gets repetitive after a while, leaving the idle mind free to ponder: What is the show trying to say? What remains striking about the original “Stairway to Stardom” is its mix of sincerity, enthusiasm and oblivious ineptness. Nowadays even the inhabitants of YouTube’s deeper recesses appear either professional or self-conscious, while audiences themselves have lost their innocence. The new piece’s emphasis on half-baked dreams and dead-end jobs comments, if amorphously, on our economically thwarted middle class. What’s missing from the show is what made its TV inspiration so endearing: unselfconscious hope.